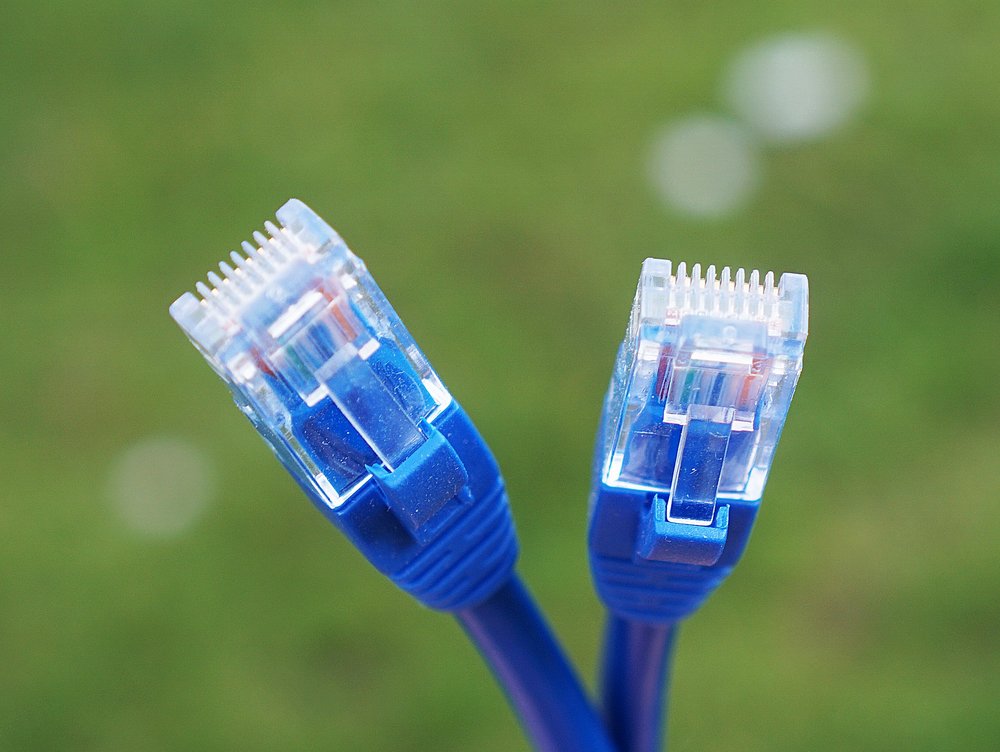 Is Your Home Wiring A Disaster Waiting To Happen?

A few weeks ago I discovered a serious problem that may affects hundreds, thousands, or possibly hundreds of thousands of homes.  You may or may not be affected.

If you have an old home, live in an apartment, or don’t have Ethernet wiring already installed in your home, this probably doesn’t affect you – but keep reading if you want to be amused or surprised.

The dictionary defines apocalypse as “The complete final destruction of the world”, so, okay, I know I’m exaggerating a little bit, but this is really one of the biggest problems facing many homeowners they may not be aware of.

In The Beginning…
It all started with Internet connection problems in my own home.  (Yup, yours truly was a victim just like many of you of mysterious slowdowns, random failures, and generally lousy Internet service.)

Sometimes knowing too much (which in this case means installing networking, Wi-Fi, and smart home systems for clients and customers), can be dangerous.

Instead of immediately going right to the real problem (spoiler: it was my ISP’s cable modem provisioning settings), I chose to blame my somewhat aging network infrastructure and took it upon myself to do a complete makeover – replacing my router, firewall, Wi-Fi access points, and network switches – the whole shebang!

In my own defense, I have continued to evolve network design and equipment choices and it was time to get my own configuration “in sync” with newer products and solutions.

A bit convoluted, but one way to troubleshoot existing equipment and isolate the bad is to start over and replace everything with “known good” hardware and systems.

“Everything Must Go”
I replaced a high-end integrated consumer Wi-Fi router/switch from Synology and Eero mesh units with Enterprise-grade modular UniFi gear from Ubiquiti Networks.

I now had a world-class wired/wireless network system with amazing management, control, and features.  I even had a secure inbound VPN implemented along with notifications and alerts if anything should go wrong.

Unfortunately, I still had unreliable Internet.  But on the plus side, I now had beautiful graphs that showed my Internet connection speed bouncing from 50 mbps to 3 mbps every 10 or 20 minutes like a nice sine wave.

Back To Square One
So I did what I should have done in the first place – I called my local ISP tech support.  They tried various things and they noticed a problem on their end so they completely reset the configuration of my broadband modem.

They also scheduled a visit by a technician to inspect all the wiring, splices, and junction boxes, etc. as their diagnostics indicated there might be a wiring problem.

During the conversation I asked about higher speed options and much to my surprise I found I was eligible for a free upgrade from 50mbps down/5 mbps up to 100mbps down/10 mbps up.

The rep said it would take about 10 minutes and then I should be fine – my existing cable modem could handle it no problem.

“I Feel The Need for Speed”
Amazingly, in a few minutes I actually did get the speed upgrade and the reconfiguration on their end seemed to also fix the reliability problems I was having.

The technician did come out a few days later and replaced some old wiring junctions but didn’t find any other problems, so now I’ve been enjoying much faster speeds but…

A Brief History Of The World (of Ethernet Networking)
Wired computer networking using Ethernet hasn’t always been the same speed.  In the lab, Ethernet ran at 1mbps to  3 mbps, but the speed was bumped up to what was then a blistering 10 mbps speed when it became a commercial product in 1980.

Early Ethernet ran on thick heavy coaxial cables and the adapters alone cost several thousand dollars, but 3Com corporation came to the rescue promoting the use of thin coax and interface boards for the original IBM PC personal computer that only cost $995 each in 1981.

Over the years Ethernet has continued to evolve.  The next leap in speed was called “Fast Ethernet” and brought 10X speed improvement to 100mbps.

This 10X increase continued with “Gigabit Ethernet” supporting 1000mbps and now we have even faster versions supporting 10Gbps and beyond.

All these increases has been mostly backward compatible.  Given the right hubs, switches, wiring, connectors, and computer adapters, the different speeds can coexist with equipment automatically adjusting speeds to accommodate the slowest device or “weakest link”.

There’s The Rub, Maty (In My Best Pirate’s Voice)
My existing Internet service was 50mbps, the increased service was 100mbps.  Those are nominal speeds, so depending upon the time of day and actual conditions, I have achieved speeds up to 111mbps.

Do you see the problem? With my slower service, my maximum possible speed was always well below the Fast Ethernet limit of 100mbps, but with my upgrade, I am into Gigabit Ethernet (GigE) speeds of over 100mbps (and potentially up to 1 Gbps).

I’ll spare you all the technical details and cut to the chase – my in-wall Ethernet wiring can’t *reliably* handle the increased speed.

My house is relatively new.  We are the second owner and it was built about 20 years ago.  At that time, the builders pre-wired the house with Cat 5 cable making it move-in ready for telephone and computer networking.

A great selling feature even though most home buyers really didn’t know what Cat 5 cabling was or how pre-wiring would save them a lot of money and trouble when they later needed it.

The problem is very simple – Cat 5 cabling is only rated for 100mbps Ethernet speed.  Gigabit Ethernet (1000mbps) requires Cat 5E wiring at a minimum.  Just missing an “E”, but a big difference.

Running Ethernet traffic faster than 100mbps on Cat 5 is asking for trouble – a lot of trouble.  Upon closer examination, I found that some of my Ethernet switches (all Gigabit capable) were automatically slowing down some of their ports to 100mbps speeds while other ports were running (or trying to run) at GigE speeds.

Just like overclocking your computer, turbo-charging a car engine, or otherwise putting the pedal-to-the-metal and violating natural or artificial speed limits, network wiring can often run faster than the rated speed.

But when you violate a cable’s certified specs, you run the risk of intermittent failures, distance limitations, and general reliability problems that are very hard to track down.

A First World Problem
Clearly, some of you have little sympathy for those of us that have had the luxury of pre-wired Ethernet cables that have worked (until now).

Nonetheless, it is a real potential problem and one that will become widespread as Internet speeds continue to increase every year or so.

If you face a similar problem, or may in the future, I have a few quick tips…

Cat 5 Wiring Speed Workarounds
Use only Fast Ethernet (100 mbps) Ethernet switches.  If all your network devices only support 100mbps speeds, then you won’t have a problem.

You’ll miss out on a little extra speed, but does 111mbps versus 100mbps really matter? (Yeah, but next year you might be getting 150mbps or 200mbps from your ISP so you’re just kicking the can down the road for now.)

Don’t forget that many low-end Wi-Fi routers with built-in Ethernet ports may only support 100mbps so getting access to the faster speed from your ISP might require replacing your current Wi-Fi and/or router devices anyway.

If you are using Gigabit Ethernet switches (which is very common as low-cost switches are now $20 to $50), check the indicator lights and see if some ports are running at 100mbps while others are trying to push 1000mbps through those Cat 5 wires.

It’s actually the faster ports that might have problems.  See if you can do any configuration commands on the switch to manually force the speed of the ports to stay at 100mbps or considering replacing the switches.

Again, the goal is to achieve a stable, reliable network by insuring the network traffic is not running faster than the maximum certified speed of the cable.

Short of replacing all your existing in-wall Cat 5 wiring with Cat 5E, or better yet, Cat 6 cables, these are all stop-gap measures, so plan accordingly.

Please note that much like a fence, Ethernet network is only as strong as the weakest link.  Using Cat 5E or Cat 6 patch cables from your Ethernet switches to your computer equipment doesn’t solve the problem.  The Cat 5 wires in the wall will continue to limit the safest maximum speed of your network to 100mbps, end-to-end.

Wires, What Wires?
If you don’t have Ethernet wires in your walls, you might already be running a 100% wireless home network.  That is certainly an option – just stop using the existing wires and go completely wireless.

Hardwired connections are still preferable, whenever possible.   If you have been relying on wired Ethernet you may need to install a Wi-Fi network or overhaul your existing older Wi-Fi system as it may no longer be up to the job of carrying the full load of all your devices.

Checking email, browsing website, and reading your Facebook newsfeed on Wi-Fi is very different than trying to stream Netflix on three TV’s at the same time!